Styrofoam in the Recycling Bin – A Trash Crime Story

Recycling is one of the easiest and most popular ways to show our love for the planet. But many of us fall for some common misconceptions. In our Recycling Whodunnit, you learn how to do it right. 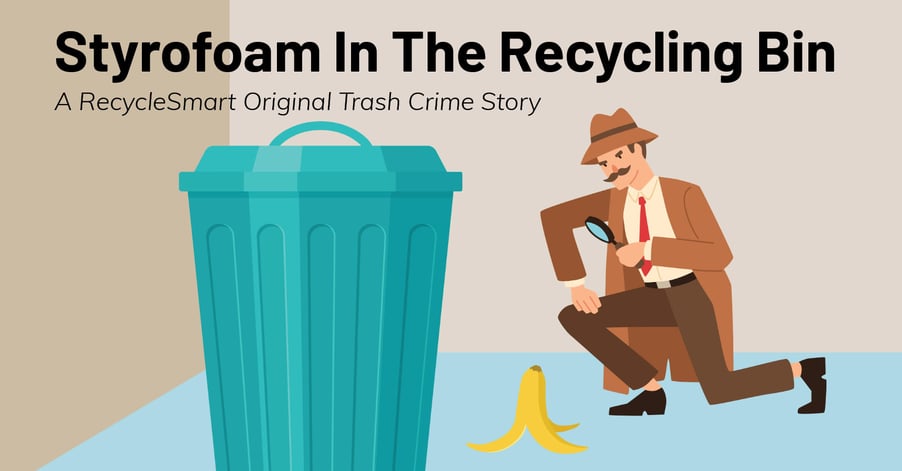 The year is 2019, the day is April 1st. Picture a mall in plain daylight. The hustle and bustle of daily life is going on as usual. But one man has a different mission: Binthony Trashkins, Canada's prime Waste Auditor and self-proclaimed Guardian of Garbology. He only wants to know one thing: Whobinit? Read his first (and so far dirtiest) case:

Trashkins stumbled. He swayed for a few comical seconds, arms windmilling through the air, and eventually managed to regain his balance. He had slipped on a banana peel. How truly remarkable! Whoever had dropped the fruit's remnant on the ground just in front of the organics bin must have had either a hyper-acute sense of poetic justice or played too much Mario Kart. He shook his head and continued down the long corridor to the back of the mall. There was a case to investigate and he wouldn't rest until it was solved.

Trashkins was not an everyday investigator. He was a Waste Auditor, and (according to almost everyone in the business) the finest of the trash brigade. Functioning as the eyes and ears, arms and legs of HQ, he and his team of professionals never compromised. When it came to waste management, they knew no excuses: in their world, there was only one place for bad apples – and it wasn't the landfill.

One last door separated him from the crime scene. As he approached it, he glared at it intensely and felt the familiar excitement that overcame him before every new job: what would he find this time? Only the garbage gods knew (and maybe the people who had put it there). Trashkins wrapped his hand around the door handle and tightened his grip, taking one last deep breath before pushing it open. The crime scene lay in front of him: a large, undecorated room, in the middle of it a number of large containers. The one to the right caught his attention first. Blue paint was chipping off metal walls. 'Classic,' he thought. 'The recycling bin. Again.'

Trashkins took out the gloves and jumped into the container, his special work clothing protecting him from sharp objects. It was a dangerous business. He was aware of what most people said of his job – hard and dirty and unthankful work. It was true, but he liked his job. He thought of it as a very recent form of archeology: digging through the layers and layers of what other people had carelessly thrown out. Meticulously documenting the materials. Piecing together the bigger picture of waste management. And finally: improving waste diversion rates – that was the part where his heart started to beat in his ears.

The way Trashkins saw it, he wasn't digging through other people's trash – no! He was Bindiana Jones. He was the Trash Whisperer! He was Forest Dump and the garbage container was his Box of Chocolates!! ... Alright, maybe he really shouldn't have had that fourth cup o' Joe earlier that morning. Trashkins refocused. There was a bin that needed attention!

He remembered the dozens of storefronts he had passed on the way in. It was almost as if he could track the retailers' weekly schedules through the layers of trash. 'Paper, yes, lots of paper. Good job, print shop, you nailed that one.' He made his way deeper into the pile. 'And there's a bunch of dry, clean plastic take-out containers – well done, food court!' Still going deeper, he turned over a large cardboard box. His eyes suddenly widened: PET bottles?? A bunch of #4 plastic packaging??? And wrapped inside of it – STYROFOAM!!?!?

In silent terror, he stared at the lifeless objects in his hands. Who could do something like that? Whoever was responsible for this tragedy must have learned how to recycle in 17th century London. This was worse than expected. It was time to unleash his strongest weapon...

Trashkins rummaged around in his magical bag (all Waste Wizards have them!). Trash bags of diverse sizes? No. Disinfectant spray? No. Garbage Grimoire? No. Finally, there it was, almost at the bottom: the sensors. "One for images, one to screen for material composition, one for fill levels," he hummed as he quickly installed them. "There," Trashkins cheered. "That should solve the issue. For now."

If this isn't a happy trash ending, we've never seen one! Let us know if you want one of our Waste Wizards continue the Trashkins saga in your facility. And stay tuned for more! 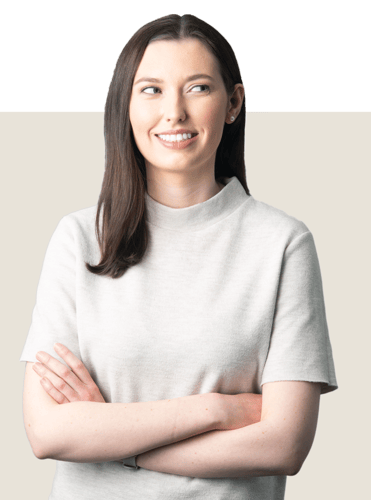 Try it for yourself

Don’t just take our word for how great our smart waste management program is – find out how it works for yourself with a free demo today!

I Want a Demo